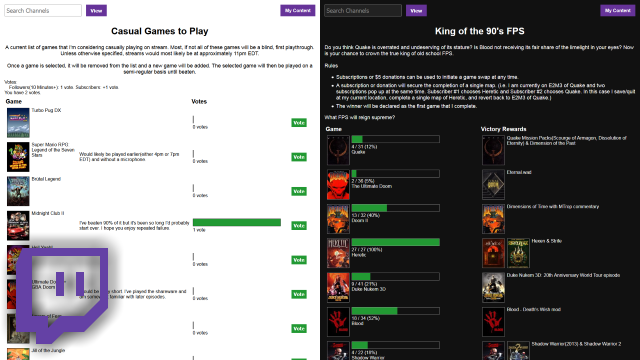 A set of various tools for Twitch users, including long-term polls, progress readouts and more. The list of features is covered in more depth on the page itself. 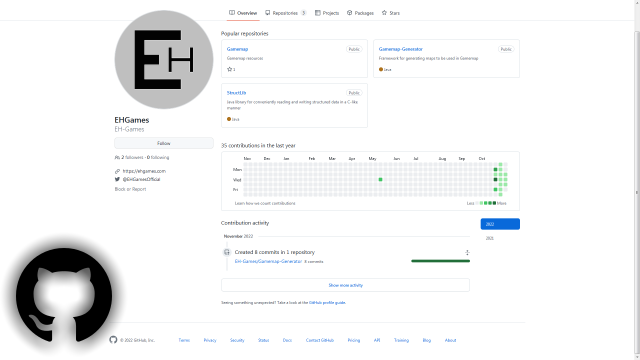 While currently somewhat lacking, this Github is planned to be a location where people can help to expand the coverage of some tools and where other open source software can be found. 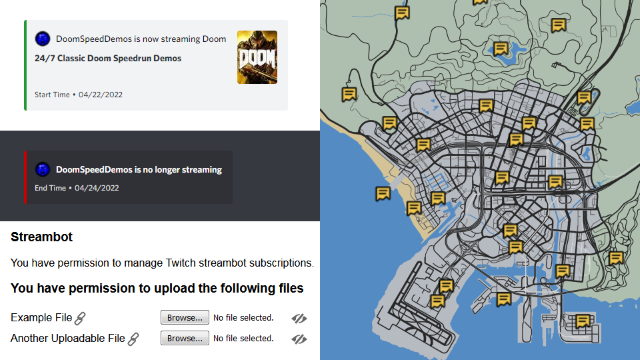 Various other software is also hosted on this site, such as a Discord streambot, file uploading, and a map tool. For the most part, these features aren't publicly advertised or linked due to limitations in who has access or being too tied to a specific game series at the current time.

If you're looking for the map tool, a list of collectible maps, or other software associated with said game series, the associated urls after the domain name are , , and respectively, where should be replaced with the 3 letter abbreviation the game series is commonly known by.